C++20 was big - very big indeed. Some even say it had brought so many innovations that it might overwhelm not only users, but also the compiler developers and standard library implementers, so that the C++ committee better was not to bring any major innovations in C++23. Nevertheless, there was of course a bold plan for all the exciting new things that should be prioritised as goals for the upcoming standard. And then came the pandemic and with it - by necessity - new approaches of working together on the specification of C++23.

In the meantime, it has been largely clarified what we can expect with the upcoming standard. Major deviations from it are unlikely to happen, but minor things that are already in the pipeline may still be added in the coming months.

I will present the following main points:

1) what was the Bold Plan that guided us through three years of development?
2) what is already included in the draft and what is likely to be included?
3) what could unfortunately not be finished in time?
4) which changes also affect C++20?
5) where do the implementations of the major compilers stand in terms of implementation?
6) show a few highlights from C++23 in code examples 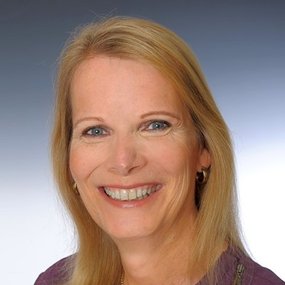 Daniela has a degree in electrical engineering and has been working for more than 30 years in small innovative companies in the field of software and hardware development. She has spent her youth with exploring the very first microprocessors since the late 70's, and has been creating software professionally for 40 years now. After a long time using many different programming languages, C++ has now been the exclusive workhorse throughout the last two decades. With great pleasure Daniela is now also a member of the ISO C++ committee. For the better part of her career, the domain was applied digital signal processing (medicine, metrology, reconnaissance), but during the last decade the focus shifted onto special engineering in the field of industrial non-destructive testing of semi-finished and finished steel products using ultrasound. Besides that, she loves to relax with hard metal and soft cheese, hot curries and cool jazz.

All good!
Don't want it